Two-handed stand-up comedy – where two comedians are onstage at the same time – is a bit of a trick. It’s also a rare thing. It takes a special comedic relationship.
Every now and again it happens and when it does you get twice the laughs, twice the drama, and twice the excitement.

Glover & Sorrensen are a two-handed stand-up comedy act that combines the talents of two Australian comedians – Alan Glover and S Sorrensen.
Both have toured the country separately featuring at comedy clubs and festivals but now their coming together as a double act has generated a lot of excitement – and for Alan and S themselves (who are as unsure of what will happen next on stage as the audience is!).
Glover & Sorrensen feature both comedians on stage at the same time bouncing off each other (verbally mostly; physically sometimes) combining their wealth of material with unpredictable, spontaneous improvisation. This makes every show unique.
Glover & Sorrensen have performed their shows at the National, Illawarra, Cobargo, Woodford, Port Fairy, Yackandandah, Yungaburra Folk Festivals as well as clubs and pubs all over this wide, drying land. 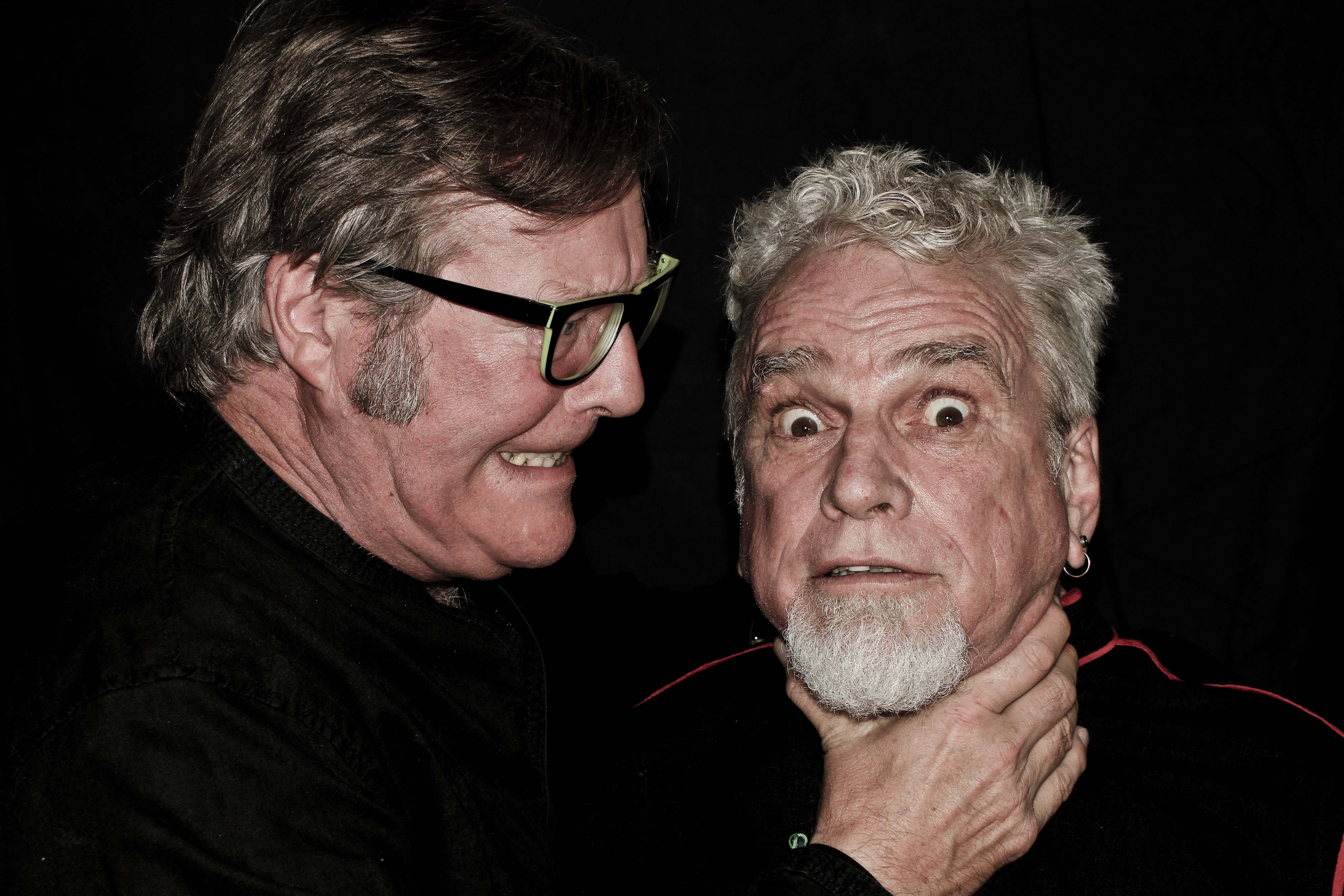 1. Glover & Sorrensen are funny. In fact, with two stand-up comedians on stage at the same time, it’s twice as funny. With lots of improvisation, this show feeds off the audience with hilarious and unpredictable results.
Hold onto your funny bones…

2. Oh no! They’re back! Again! Glover & Sorrensen are just two blokes having a chat with the audience. Sounds safe enough, eh? But with these two comedians onstage at the same time it’s twice the laughs, twice the unexpected – and twice the trouble. Bring a helmet.

Despite their disrespect for accordions and sons of accordionists, Glover & Sorrensen’s quick-witted humour is a wonderful addition to the colour of a festival. We do love them.” – David De Santi, artistic director Illawarra Folk Festival and Snowy Mountains of Music. And accordionist (with a son).

S Sorrensen lives near Nimbin on the North Coast of NSW. He is not a hippie… okay, just a bit.
His flashing wit and sense of being born into a world he never created has made his comedy as thoughtful as it is funny. S has been seen on TV (Voices – ABC, Quantum – ABC, Nearly Normal Nimbin – SBS, Pizza – SBS) as well as numerous performances on regional and national radio.  He has performed all over Oz as a poet and comedian at festivals, clubs, pubs, and weird places like writers’ centres and university refectories.

Alan Glover has been a stand-up comedian since 1983, working all over Australia and internationally including Singapore, the USA, New Zealand and Europe.
Apart from countless comedy clubs and pubs, Alan has performed at many festivals including the Melbourne International Comedy Festival, Sydney
Comedy Festival, Newcastle Fringe Festival, and folk festivals all over this wide funny land.

Glover & Sorrensen can do three or more shows of up to 60 minutes each at a festival – with each show different to the last. There’s no repeating of jokes or gags. At festivals, people can go to all their shows and experience something new each time.

Glover & Sorrensen tailor each show to the particular audience attending. In fact, the audience is a contributor to the show. 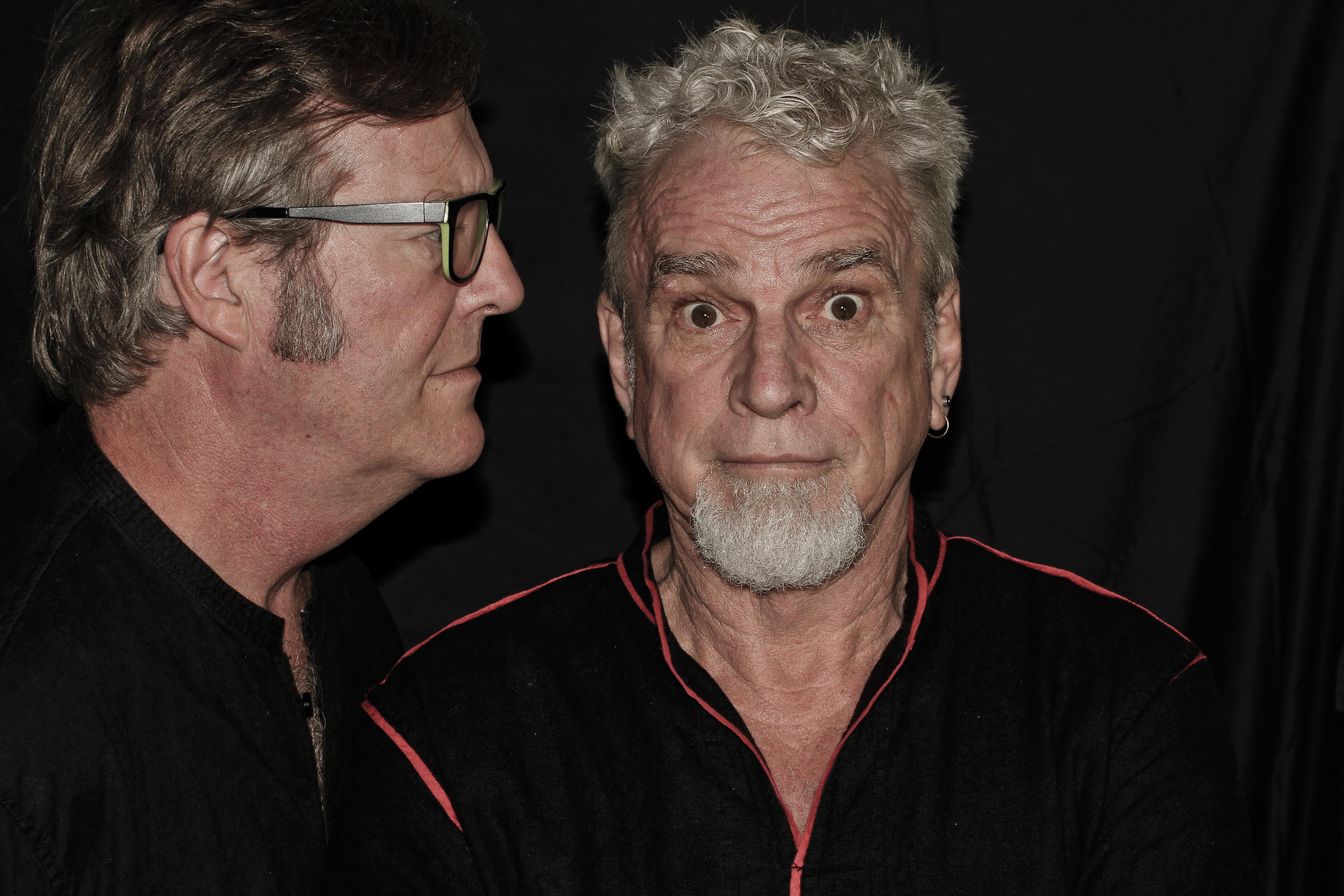