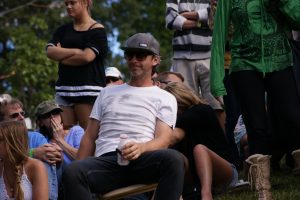 Bong Master is an important Hemp Olympix Official. Often Bong Masters are former Hemp Olympix Athletes who, after their on-field career has finished and after years of secluded meditation on the Hemp Olympix ideals, give back to the sport by overseeing the filling, and condition, of the Sports Bong for the Bong Throw & Yell. 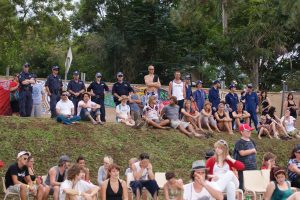 The NSW Police Team checks out the competition during the Bong Throw and Yell heats at Sativa Stadium at the Nimbin Australia Hemp Olympix 2009. 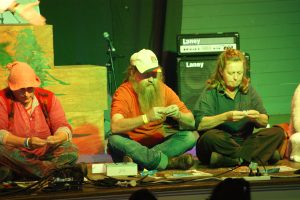 Bob the Joint Builder (centre) and Young Sal (right), champions both, compete in the 2018 Finals of the Artistic Roll. 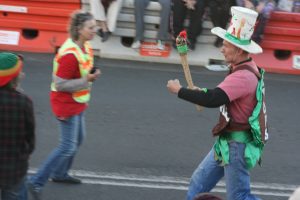 The Hemp Olympix Flame, carried by Chibo the Flame Bearer, is carried by torch from town to town, country to country, lighting the fires of sportsmanship and humanity in the global citizenry. 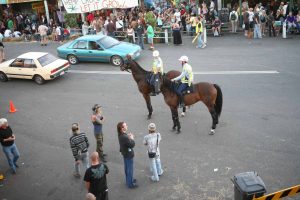 The Police Team, though well outfitted and trained (no expense spared), is confused and looking for the ‘Horse’ Olympix. Oh dear… 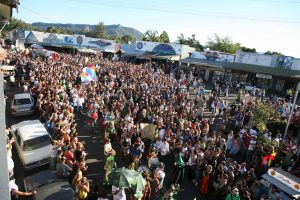 Thousands of Athletes from all over the world march in the Opening Ceremony of the Nimbin Australia Hemp Olympix 2007.

Alan Glover (left) and S Sorrensen, Hemp Olympix Officials, authors and comedians explain the intricacies and challenges of rolling a joint in the dark, before the final of the 2019 Blind Roll Finals (won by Italian Athlete Isabella Paperelli in 26 secs). 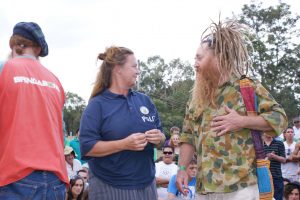 Two great Champions, Young Sal (left) and Bob the Joint Builder swap tips after both making it (comfortably) through the Speed Roll heats. 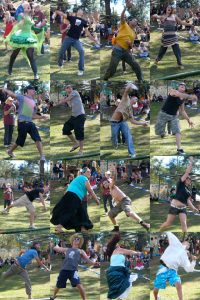 There are many ways to chuck a bong. It’s technique, not strength. And remember to yell at the same time. 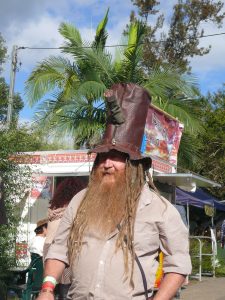 A living legend of the Hemp Olympix: Bob the Joint Builder. He has won so many medals from Hemp Olympix around the world he had to build an extension on his teepee to house them. Some call him the greatest Roller of all time, perhaps rivalling the great Akira Yoshikawa whose innovative, origami-based exploits in the 1950s redefined the art of Creative Joint Rolling. 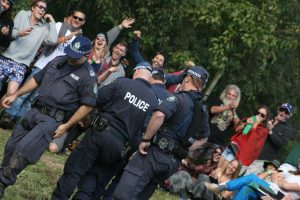 The Police Team is dejected after losing the Tug of Peace to the Nimbin Polite Team in an exhibition tug at the Nimbin Australia Hemp Olympix in 2017. In a show of respect for the Rules and Etiquette of the Hemp Olympix, the Police Team did not use their guns during the tug. 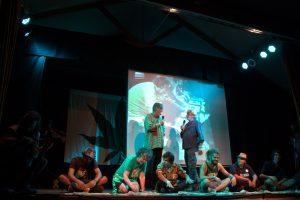 It’s down to business in a semifinals of the Speed Roll. Alan Glover and S Sorrensen keep an eye on proceedings, making sure the spirit of the Games is upheld and the rules respected. 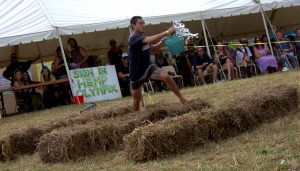 Endurance is the key to the Iron Growerpersons Event. But balance, belief and ballet also play their part. 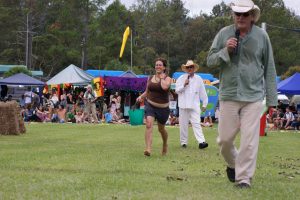 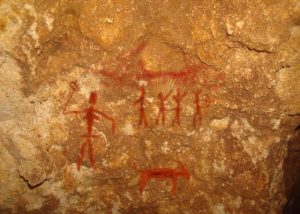 This painting on a cave wall near Mogyorod, north-east of Budapest, Hungary, dated at around 40.000 years, shows a woman throwing a bong at a early cannabis competition. 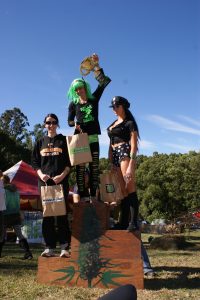